More plastic fish than fish in the oceans by 2050, report warns 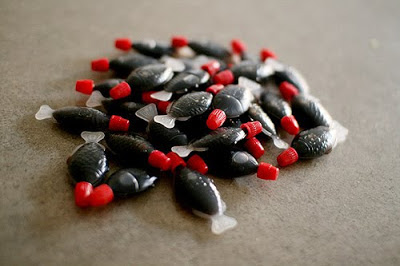 That's it. That's the joke. It's a play on "more plastic than fish in the oceans in 2050". But we've got a picture of those soy sauce plastic fish you get with sushi.

Email ThisBlogThis!Share to TwitterShare to FacebookShare to Pinterest
Labels: Environment 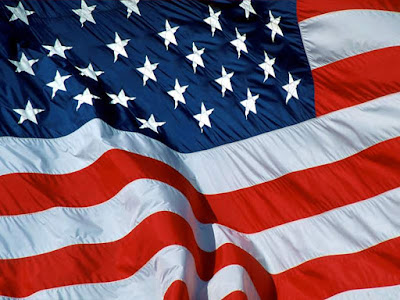 239 years ago, the United States of America celebrated its freedom from the evil British Empire.

No more would it have to deal with the tyranny of a dictatorship. Now the people would have their say and the country would be run according to their will. If the people voted against something, such as, for example, war, or being spied on by their own intelligence agencies, those in power would have to yield to the voice of the people.

Since then America has gone from strength to strength, showing the world how truly un-imperialist it is, by force if necessary.

The free enterprise system – the American dream – has been allowed to flourish. Now, as we see from the reality show “Cribs”, nearly every person in America is rich beyond their wildest dreams.

Thanks to the right to bear arms, the people are safer too. They are free to walk the streets at night in complete safety, because nobody would dare to mess with someone who might have a gun. Unless they happened to be carrying a bigger gun, or say, an automatic gun.

Email ThisBlogThis!Share to TwitterShare to FacebookShare to Pinterest
Labels: Politics

Local man Ernest Bernshaw today spent a glorious, relaxing half hour in the shower coming up with ingenious ways to save water.

As the warm, drinking-quality water washed over his body and down the drain, he watched it and wondered: What if we could do something with this?

Ideas flowed as freely as the water as he considered ways to collect the runoff, pipe the drain into his garden, or use the fall of the water to power hydro-electric generators.

"I wonder how much electricity we could generate if we piped the almost pristine water over some turbines", he thought, while brushing his teeth.

"Whole industries could be transformed" Mr Bernshaw thought around the 20 minute mark. "Houses could be built with these new water saving features. Hell, even entire housing estates. The way things work now are just so wasteful!"

Koichi Yamaguchi, Chief Engineer at little known Pacific rim car manufacturer MingPong, has created a state of the art new robot to rival Honda’s Asimo. The robot can cut through tanks, build houses for the poor, and heal most diseases by placing its hand on the patient’s head. However, it still can’t wash dishes, fold clothes, or clean the bathroom floor.

Yamaguchi has spent the last 10 years working on the prototype. “Every day we add new features.” he said. “Yesterday it learned how to increase the efficiency of solar panels by 5000%. But whatever we do, we can’t seem to get it to wash the dishes without dropping the odd plate.”

Creating a robot that can perform our mundane household chores has been a dream of man for over a hundred years. Just as we appear to be close, complications that humans take for granted get in the way.

Last year, a Lego enthusiast created a robot that could travel through time using a 9V battery. However, the robot kept leaving large chunks of fluff on the floor when doing the vacuuming, so the project was scrapped.

Email ThisBlogThis!Share to TwitterShare to FacebookShare to Pinterest
Labels: Technology Millions of thirsty Irish people took advantage of their yearly excuse to drink yesterday, allowing the global corporation Guinness to enjoy record profits for another year. Pubs around the world covered their walls in anything green they could get hold of to cash in on the world’s biggest piss-up.

We spoke to the frankly unbelievably named Patrick McFitzgerald in one such pub.

We had to admit, he did look the business.

Of course it wasn’t just the Irish taking part in the leprechaun obsessed festivities – pretty much anyone who has ever seen an Irish person laid claim to at least some level of Irish ethnicity.

“We make more money from those who think they’re Irish than anyone else.” said a Guinness Spokesperson. “It’s also the day when the phrase ‘To be sure’ is said more times than any other.”

The festivities are set to repeat around the same time next year, when everyone’s shit finally returns to the normal color. 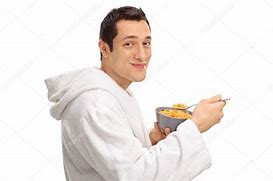 Not content with the sugar already built into Frosties, a local man was seen putting no less than 3 teaspoons of sugar onto his bowl on Wednesday.

A spokesperson from Kelloggs said that “This kind of thing has never been tried before” and that Kelloggs themselves are “unaware of the possible implications” of putting sugar on Frosties.

“We would strongly recommend against this practice”.

Onlookers at the cafe were shocked. One woman said: “I didn’t even realize you could put sugar on Frosties!”

Economy Boosted by Increase of Minimalists

A new trend of “not spending much” has resulted in a much needed boost to the world economy. Minimalists everywhere are spending money hand over fist to buy the latest minimalist paraphernalia.

Sales of Minimalist books have gone through the roof, with minimalists around the world spending their money to find out how not to spend their money.

We spoke to one such minimalist, known to his friends as “Frugal Bill”, to ask him what he had done recently to free himself from the tyranny of consumerism.

“Well I’ve bought a new greenhouse, so I can grow my own food and not have to go to the supermarket. And we’ve replaced all our furniture with stuff from Ikea, you know, with those little baskets where you can hide your junk. I’ve also built a chicken coop out of ice cream sticks. Man we ate a lot of ice cream that month.”

Bill’s wife Esther explained how their habits had changed since adopting a minimalist lifestyle. “Oh we’re so much kinder to the environment now. Instead of our horrible, fossil fuel powered gas heating, we spend our evenings around a good old wood burner, just like the old days.”

“It’s so nice to be free of possessions, to live our lives as nature intended.” added Bill, as they drove off down the public road in their manufactured car.